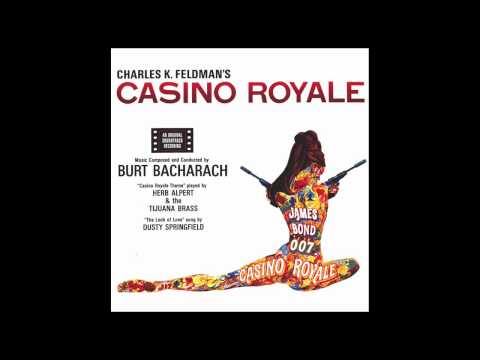 Months ago some of you guys requested that I evaluate Jason Bourne and James Bond, but not in the typical "who would win in a fight" method. Rather, who has the better franchise? To make it even, I considered only the Daniel Craig Bond films, which makes it 4 movies vs 4 movies (excluding the Jeremy Renner Bourne movie). So the films:
Bond: Casino Royale, Quantum of Solace, Skyfall, Spectre
Bourne: The Bourne Identity, The Bourne Supremacy, The Bourne Ultimatum, Jason Bourne
In order to approach this comparison, I identified several categories. I believe that these films all did the following categories well. They are also central elements to each film. After much deliberation I determined:
Spycraft
Protagonist
Combat (including guns/vehicles/hand to hand)
Stunts
Themes
Antagonists
Supporting Characters
Overall, this is pretty close. I made my case in detail here: https://www.youtube.com/watch?v=3C1Dwun6MI4
I understand the video is long, but it's the only way to compare 8 movies adequately. If you don't have the time, the bottom line is that the Bourne movies are more formulaic than I thought. Interestingly, the Daniel Craig Bond movies are less formulaic. Bond is more "spectacular" in regard to antagonists, stunts, and combat. Bourne is more realistic. The true quality differences emerge in the depth of protagonist and supporting characters.
So...... what do you think?

Dragon Quest 11 S is one of the very best games on the Switch.

I've been playing DQ11 on and off since it came out on switch, not to the fault of the game itself (I've been busy and have a lot of games to play). With the quarantine I've gotten to really sink my teeth into it, and now I'm totally obsessed and have my other single player game on hold to play this one for hours a day. It starts out strong and just keeps getting better and better and better as you progress. I just had to come rave about it after seeing this game be suspiciously absent from all the "Best Switch Games" list I could see from a google search. I would personally rank it not so far behind the likes of BOTW when it comes to the best Switch games.
DQ 11 S is much more than a port of a PS4 game, it's more like Dragon Quest 11 Royal than anything. Beyond the countless QOL additions and new features, there is substantial new main story content in this version. Without going into spoilers, the switch content is seamlessly added in at a major juncture in the story and is a decently hefty amount of content. Not only does it flesh out the story in meaningful ways, this switch exclusive content is truly excellent and very polished. The story started out pretty strong, but where I am now am I absolutely enthralled. Over the course of a few hours you go from a hilarious and wholesome adventure, to a dark comedy, to something that pulls at your heartstrings, and then at an epic moment straight out of Lord of the Rings. A lot the plot points are very standard JRPG-fare, but as the Easy Allies review said "It's not just what you do, but how you do it". The execution of the narrative is really stellar and you will become very invested in world and want to save it because you like it so much. The party members being extremely likable and well written doesn't hurt either. Here are some other points that hopefully might convince someone to give this game a shot:
TL;DR Give the demo a shot if you like RPGs that have an amazing sense of adventure, great stories/characters, a detailed world to explore, and really good turn-based combat that isn't bogged down by complicated mechanics.
EDIT: A note on the OST. The soundtrack is being criticized as "terrible" and "conplete ass" by some. I'll admit that the OST isn't the game's strongest point, with the biggest failing being the lack of variety between town music , but the soundtrack is far from bad. With this version's orchestration, many tracks are very nice on the ears like these ones: https://www.youtube.com/watch?v=voOqoVWkhXg, https://www.youtube.com/watch?v=6cWXjqDnJeg. I switched my overworld theme to the DQ8 one halfway through the game, which sounds gorgeous and is a nice mixup. The battle theme is the same throughout, but that's kinda how all JRPGs do it

Check out the DanMemo Discord for the live translations!
Credit to Cyb in the Astraea Discord for making the information easily accessible in one channel!
 Before we go any further, a couple quick notes.
- There are some minor spoilers for the story of the 3rd Anniversary event. This includes a rather vague summary of the story and character reveals. Wanted to give you that heads up.
- We do have Unit Details. As per the usual, I will be giving my own evaluation of the units. You by no means have to place weight in my opinion of the units. I am in a Top 5 NA Familia and have played since Day 1. But that doesn't change that I have been VERY WRONG before, nor does it change that there are people who are significantly better at this game than I am.
- Lastly, this is going to be LOOOONG. Just another heads up. Ok, let's get into it.

---
The Scope of 3rd Anniversary Event
(I am not sure how they are defining the "Worth" of these events.)
(DanMachi Seasons are 13 Episodes, and at 20 minute episodes, that is only around 4 hours of "content".)
(If you combine Part 1 and Part 2 of the Argonaut story, you get damn near 7 hours of content. Here they are saying that this is going to be EVEN bigger.)
(Also, just a heads up. This is what we are getting for the next 3ish months.)
No, Seriously, the 3rd Anniversary is going on for like... Ever
And even after that, we going into another mega event for the Anime Season 3 Event
---
Completing the Event will give you an 11-Draw Ticket that will give you ALL 4★ Units
(Ok, that is wild and cool)
---
Worried About Iris? Don't be. We are getting a confusingly large amount. Somewhere between 12,000 and like... more?
Seriously, a Free 1,000 just because.
PILES - o - IRIS
---
Whale Bundles
- "Special item bundle" (The special is the limited exchange ticket)
- Pretty Standard Options
- Pretty Standard Payoffs
- Standard At All Tiers
- Comes with the "good Deal" Iris Bundles.
(Lul, you can purchase them 3 times... Gross.)

---
Lotto Orario Returns!
Pretty Standard Rewards, but More 1st place Winners
Remaining Places Rewards
---
Character Display Feature
!! DISCLAIMER: THIS IS NOT THE INTERACT FEATURE THAT WAS REMOVED FOR GLOBAL RELEASES. !!
The character will function the same way they do in the Interact menu, in terms of just talking at random. They won't be responding to taps and such as in the JP Release.
---
Upgrade Campaign Support
Basically, the new units you will their CP up really fast, and canForce Level them easily. Cheaper Grind for Falna/Exilia.
---
Daily Quests
(GRIND BABY GRIND!)
---
Share Campaign
(PILES of Basic 11 Draw Tickets.)
---
Some Events Returning to Story Digest
(I guess they figured out how to make things load alright while these still being available?)

---
Quick College of Everything
Actual Summary Image - (Dates are in JST, So it starts for most of the world on Thursday Evening, June 18)
 Thanks for reading and thanks for playing!
Schwahn
Find me on the DanMemo Discord or the Astraea Discord. - or on my Discord Server(I do my own creative content) or on my Twitter Account
---
(Oh my sweet lord. That took 3 hours and is creeping up on 30,000 characters.)
(I am ultimately pretty happy with the new units. I didn't really have a direct "wishlist" for the new event beyond something we hadn't seen before. I wanted to see something in a new design space, and the "Additional Actions" are exactly that.)
(I am a bit concerned that this 3rd Anniversary is broken into THREE parts) (+1) (That is a LOT of events, and a LOT of units. They have historically pushed the envelope with the Anniversary units, and the Argonaut units are STILL relevant today. I am expecting very similar things with these units. I imagine that Alise is going to just be a staple unit for a LONG time. Finn as well. Ardee will always see use, at least as a Sac.)
(I can only imagine what we are going to see in Part 2 and 3. Especially if we look at just how good the Part 2 Argonaut Units were.)
(Regardless of all that. I am most excited to see the story of the Astraea Familia. Ryu has been my favorite since the very beginning of my introduction to the series. Her Story is one that is only vaguely told by herself, and hinted by others. This will be an absolutely incredible event. I am quite excited, and I hope all of you are as well.)

I replaced the theme of the NO TIME TO DIE Trailer with You Know My Name.

My take on fixing the "Star Wars" Sequel Trilogy (Part 2)

Appreciation Thread: Don (1978) was ahead of its time

I had wanted to write this for a while since Amitabh Bachchan's Don is one of my favorites Bollywood movies and perhaps favorite Amitabh movie.
I think Don was an amazing movie in many aspects. It would be wrong to call it underrated but I think the movie deserves even more praise. I'd go through why one by one.
There are other obvious reasons like the acting by the cast etc which made the movie so good.
Original Don gave so much to SRK's Don on a silver platter that people forget that the original was made 3 decades back and was an original take. SRK's Don does one thing better though which is the spoiler I mentioned above and I feel it really elevates the movie.
I think Don is one of the best Bollywood movies and it was ahead of its time.

Shoutout to the slumfam, especially Rafael and Josh27

Summary of the Persona 5 Royal info from the trailer and website (includes P5 Spoilers!)

Finally, some info!
I'll divide this into details from the trailer and details from the site (there's a lot of the latter), with a few bits of speculation thrown in (I'll make it clear which details are confirmed and which are just mine though):
The trailer (in roughly the order of appearance):


Those shoulders look too broad to be Kasumi's (and doesn't seem to have long hair or a ponytail), but they have hair so can't be Shido. But those are definitely seams on the edges of the shoulders...it's Takuto, isn't it?
Maybe Kasumi talks first and Takuto hijacks the message and/ or kidnaps or attacks her while she's delivering it? Maybe they're the same person under different personalities? Atlus has done weirder stuff!


Edit 8: I wrote another post analysing the English fan-translation of the trailer, including some further speculation about Gnostic influences. Please check it out too if you have the time!
The website:
There's a ton of stuff here, as I said before!
From the opening "reel" of screenshots:
Section 1: Kasumi Yoshizawa and Takuto Maruki:
Section 2:


And now Lady Ann and I will finally... happy cat noises

none of this is my inventionlyrics-If you take a life Do you know what you'll give? Odds are you won't like What it Is. When the storm arrives Would you be s... new james bond song by chris cornell The Look Of Love, composed by Burt Bacharach and Hal David. vocal by Dusty Springfield. From the "Casino Royale" soundtrack. Casino Royale good theme by David Arnold.NO Copyright Infringement Intended. SUBSCRIBE for new videos: http://bit.ly/1RPufTRCheck out more MovieSounds: http://bit.ly/1Gki8wWChris Cornell - You Know My NameMovie © Columbia Pictures Watch Quantum Of Solace Theme Song Here: http://www.demosentialdesign.com/go/LaQ7W.php Watch Skyfall Them Song Here: http://www.demosentialdesign.com/go/LaQ4... The main title theme to the 1967 James Bond spoof 'Casino Royale' and the first track of the soundtrack composed by Burt Bacharach (taken from the original v... The Name's Bond...James Bond, Soundtrack from the Motion Picture: Casino Royale (2006). Sony Pictures.Quantum of Solace (2008) and Casino Royale wallpapers, ...